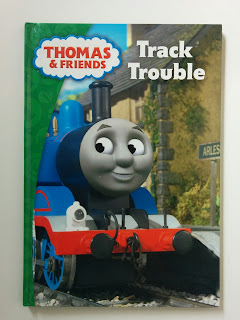 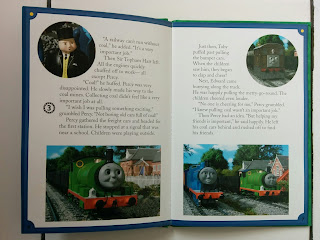 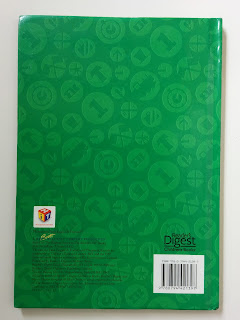 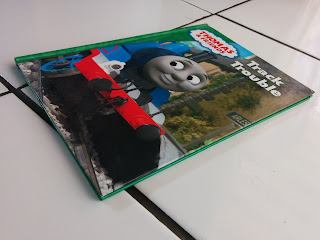 The coal stock for the engines at the sheds is low so the Fat Controller asks James to fetch some more. However on his way, James has an accident by coming off the tracks on a tight bend. The Fat Controller sends Harold to find James with the help of Tiger Moth to guide him into tracking him down but the coal still has to be collected before an engine can come with the breakdown train. The Fat Controller then asks one of the Horrid Lorries to collect coal for the engines from the mines. He then sends Thomas to fetch the breakdown train to pick up James but along the way, the gears on it fall apart from the bumpy track so once it gets fixed James is then put back on the track and pushed back to the sheds by Thomas. Once there, the engines help the Fat Controller in finding a new whistle for James. After, he then sends Thomas to collect the goods train from the Docks which contains new parts for James which Cranky loads into the Troublesome Trucks. Percy is then sent to fetch a new lamp for James which after all the parts have been collected, James is then fixed and painted. After he's been filled with water and coal, James then collects his coaches and sets off to work.
Labels: Buku Bekas, Buku Berbahasa Inggris, Buku Import, BUKU TERSEDIA, Cerita Anak, Novel Grafis, Reader's Digest Children's Books, The Reverend W Awdry