The Life And Voyages of Christopher Columbus by Washington Irving 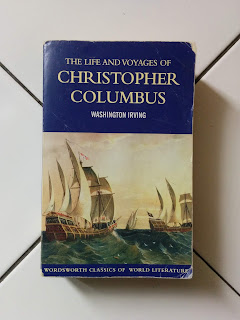 Modern views of Columbus are overshadowed by guilt about past conquests. Credit for discovering the New World, we are told, belongs to its original inhabitants rather than any European, and Columbus gave those inhabitants nothing apart from death, disease and destruction. Yet, for the Old World of Europe the four voyages of Columbus brought revelation where before there had been only myths and guesswork.People had thought it was only the great distance that made it impossible to reach Asia sailing west from Spain. No one had predicted that a vast continent stood in the way. And indeed, for Columbus himself, the revolution of understanding was too much to comprehend. He had counted on a new route to Asia that would bring him glory, riches and titles, and the thought of an unknown and undeveloped continent held no attractions. The trials and disappointments of the great explorer are graphically detailed in this biography first published in 1828, when Washington Irving was America's most famous writer.
Lihat Juga
Buku Unggulan
Labels: Buku Bekas, Buku Berbahasa Inggris, Buku Import, BUKU TErjualWashington Irving, Non Fiksi, Petualangan, Sejarah & Budaya, Wordsworth Classics