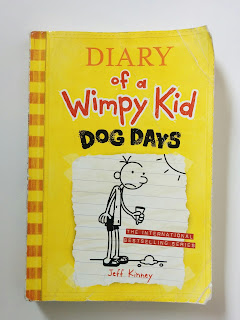 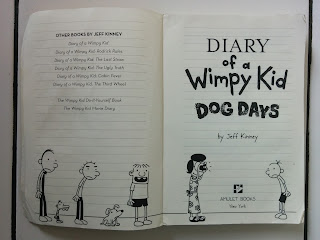 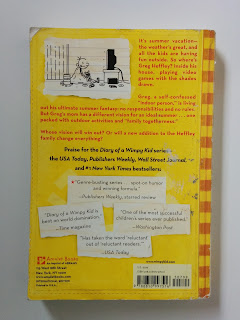 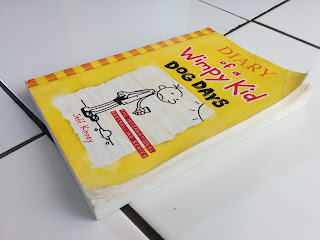 The book starts with the protagonist Greg and his friend Rowley going to Rowley's country club after school closes for the summer, but Greg is kicked out because he complains of even the smallest predicaments (such as the lack of a tiny umbrella in his cocktail).

Greg and Rowley decide to start a lawn care service called the "V.I.P. Lawn Care Service". Unfortunately, the job is a fiasco since the boys have never used a lawn mower before.

Greg's birthday comes, and he wants money. During Greg's birthday party, Susan confiscates some money to pay off Rowley's dad's smoothie bill from the country club. Greg also gets a Ladybug, a cell phone that can only make emergency calls and home calls.

Greg, Rodrick, and his mom go to the local pet store. Greg gets an angelfish but Rodrick, on the other hand, gets a pet piranha which he doesn't take care of. After a trip to the water park, Greg finds that the piranha ate his angelfish while they were gone, upsetting Greg. Then Heffley gets a new dog, Sweetie, which causes significant problems for Greg's summer. Greg and his mom meet Rowley's family in a supermarket. Rowley's mom invites Greg to the beach, to which his mom agrees, with disastrous results. Greg is afraid that his dad is going to sell him to an orphanage, and he calls the police with his Ladybug phone. After a long talk with the police, Frank gives the cops tickets to a baseball game to repay them for their trouble, and it turns out that Frank was giving Sweetie to Grandma.
Labels: 20.000, Amulet Books, Buku Bekas, Buku Berbahasa Inggris, Buku Import, BUKU TERJUAL, Fiksi, Jeff Kinney, Novel