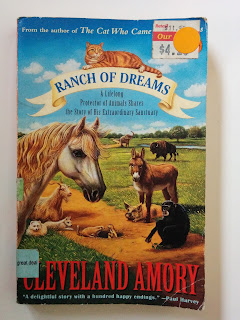 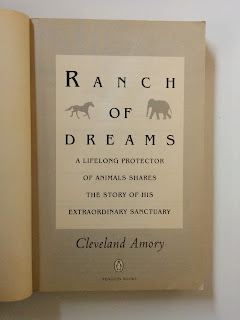 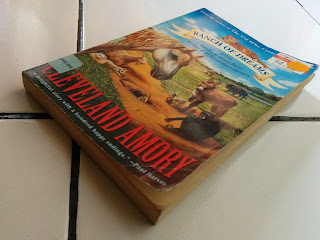 After reading Black Beauty as a child, Cleveland Amory dreamed that some day he would have a ranch where animals would not be abused, but rather would, like that famous horse, end their days roaming proud and free. Many people know that for decades Amory has worked tirelessly on the behalf of animals as the founder of The Fund for Animals and that he first confessed to being adopted by a stray cat himself in The Cat Who Came for Christmas, the bestselling cat book of all time. But few know that Amory did in fact realize his childhood ambition by establishing the Black Beauty Ranch in East Texas. Now he shares, in his all-but-patented combination of humor and warmth, the remarkable stories of these rescuees.

Over the years countless animals who have been mistreated or simply found inconvenient have been saved from death's door at this unique sanctuary. Wild burros from the Grand Canyon have been rescued from massacre. Goats from San Clemente Island have been saved from U.S. Navy guns. Nim, the talking chimpanzee and perhaps the most famous animal in the country, was released from a laboratory. Everything from elephants and buffalo to prairie dogs and, yes, cats have found their haven at the ranch, where they can live out their lives knowing, as the last line of Black Beauty puts it: My troubles are all over, and I am at home. At times heartbreaking, at times hilarious, always moving and engrossing, Ranch of Dreams is sure to capture the hearts and minds of Amory's countless readers.
Labels: 28.000, Buku Bekas, Buku Berbahasa Inggris, Buku Import, BUKU TERJUAL, Cleveland Amory, Inspirasi & Spiritual, Novel, Penguin Books