The Adventures of Tom Sawyer by Mark Twain (Bahasa Inggris) 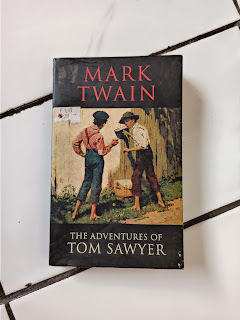 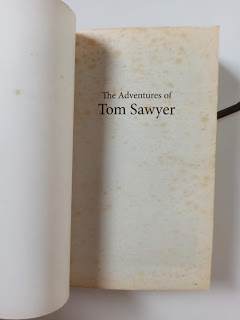 "Presently it occurred to him that he wished he was sick; then he could stay home from school. Here was a vague possibility. He canvassed his system. No ailment was found, and he investigated again. This time he thought he could detect colicky symptoms, and he began to encourage them with considerable hope."

Impish, resourceful Tom Sawyer spends his time trying to stay one step ahead of his Aunt Polly, playing hookey from school and persuading other boys to carry out punishments meant for him. Becky Thatcher is the object of Tom's affections, but when it comes to midnight escapades in a graveyard, local waif Huckleberry Finn is the ideal confederate. There, while testing out a theory for curing warts, the duo witness a dastardly crime that offers Tom the chance to be an unlikely hero...

Mark Twain mined the rich seam of his own youth for the characters, locations and events that light up this landmark in American fiction. Loved by children of all ages down the years, The Adventures of Tom Sawyer also succeeded brilliantly in meeting the author's aim "to pleasantly remind adults of what they once were themselves".
Lihat Juga
Buku Unggulan
Labels: Buku Bekas, Buku Berbahasa Inggris, Buku Import, BUKU TERJUAL, Fiksi, Mark Twain, Petualangan, Tom Sawyer, Transatlantic Press