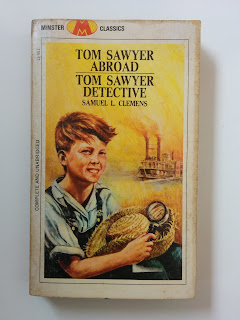 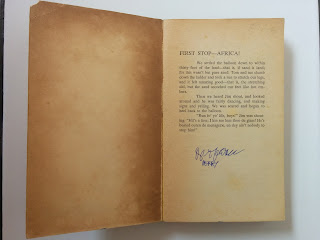 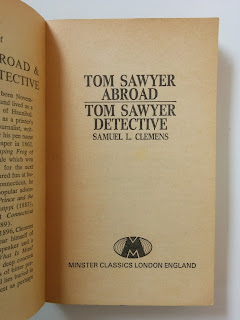 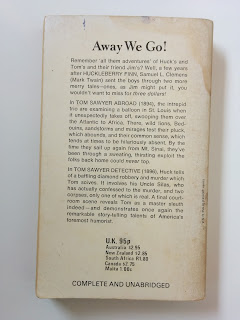 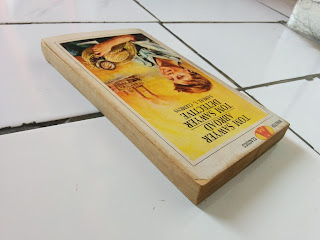 Remember 'all them adventures' of Huck's and Tom's and their friend Jim's? Well, a few years after HUCKLEBERRY FINN, Samuel L. Clemens (Mark Twain) sent the boys through two more merry tales - ones, as Jim might put it, you wouldn't want to miss for three dollars!

In TOM SAWYER ABROAD (1894), the intrepid trio are examining a balloon in St. Louis When it unexpectedly takes off, swooping them over the Atlantic to Africa. There, wild lions, Bedouins, sandstorms and mirages test their pluck, which abounds, and their common sense, which tends at times to be hilariously absent. By the time they sail up again from Mt. Sinai, they've been through a sweating, thirsting exploit the folks back home could never top.