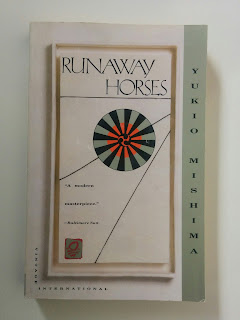 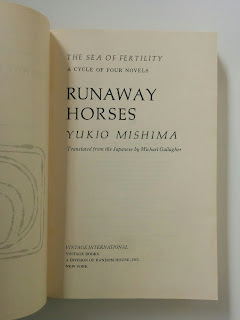 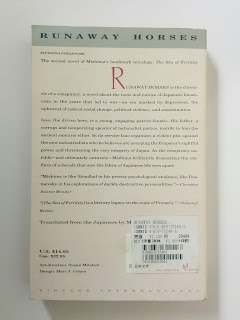 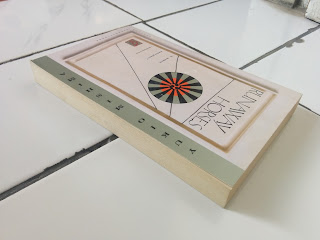 Yukio Mishima’s Runaway Horses is the second novel in his masterful tetralogy, The Sea of Fertility. Again we encounter Shigekuni Honda, who narrates this epic tale of what he believes are the successive reincarnations of his childhood friend Kiyoaki Matsugae.

In 1932, Shigeuki Honda has become a judge in Osaka.  Convinced that a young rightist revolutionary, Isao, is the reincarnation of his friend Kiyoaki, Honda commits himself to saving the youth from an untimely death. Isao, driven to patriotic fanaticism by a father who instilled in him the ethos of the ancient samurai, organizes a violent plot against the new industrialists who he believes are usurping the Emperor’s rightful power and threatening the very integrity of the nation. Runaway Horses is the chronicle of a conspiracy — a novel about the roots and nature of Japanese fanaticism in the years that led to war.
Lihat Juga
Buku Unggulan
Labels: Buku Bekas, Buku Berbahasa Inggris, Buku Import, BUKU TERJUAL, Non Fiksi, Novel, Sosial & Budaya, Vintage Books, Yukio Mishima