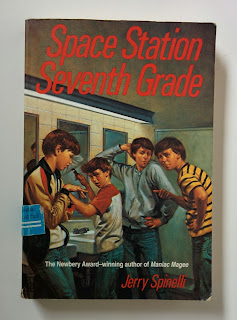 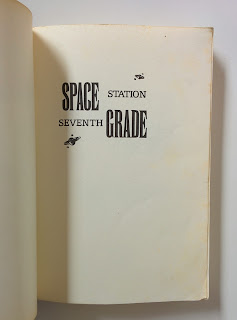 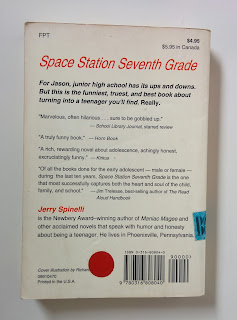 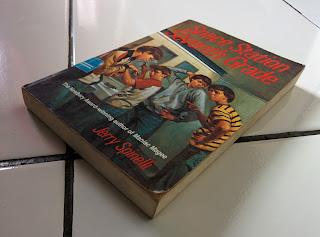 Seventh-grader Jason narrates the events of his year, from school, hair, and pimples, to mothers, little brothers, and a girl.

"Space Station Seventh Grade" tells the story of one boy named Jason Herkimer in his seventh grade year. Truthfully, Jason could be any boy or girl of that age. This is an honest look at what seventh graders experience and go through, and although some references are a bit outdated (the book was printed in the early 80s), the basic concepts remain unchanged. Readers of the same age as the main character will ultimately sympathize with him, while older readers will find themselves laughing and shaking their heads as they read about incidents they very well could have been involved in back in the "good old days". This is good stuff. Among other adventures, Jason fights pimples, finds himself lost in the local ghetto at Christmastime, and accidentally injures his hopeless crush during a wild snowball fight- an incident that will certainly make everyone cringe and chuckle at the same time. There is good moral value as well- throughout the course of his year, Jason grows mentally and emotionally and finds himself re-evaluating the way he looks at the world, especially after a tragedy occurs. For a truthful look at the world of seventh grade boys, and girls as well- come on, what kind of story about middle school guys doesn't have chicks as well?- look no further than this book. Jerry Spinelli comes through again with "Space Station Seventh Grade", which will delight readers of all ages.
Labels: Buku Bekas, Buku Berbahasa Inggris, Buku Import, BUKU TERJUAL, Fiksi, Jerry Spinelli, Little Brown, Novel, Remaja