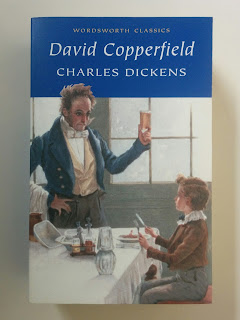 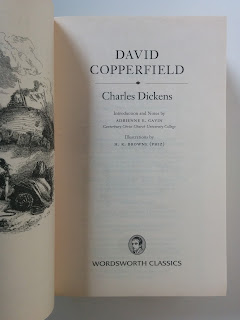 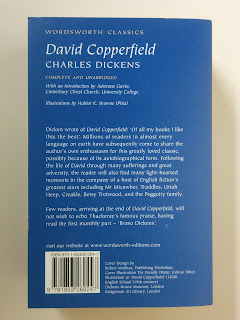 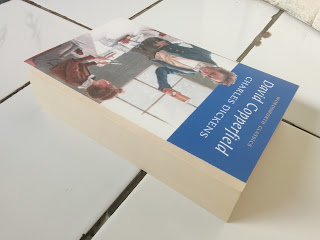 David Copperfield contains many autobiographical elements.  At a surface level it is easy to notice that even the name of the main character, David Copperfield, has the inverted initials of its author, Charles Dickens.

David’s employment at Murdstone and Grinby’s is drawn from Dickens’s own painful experiences at Warren’s Blacking Factory.  Even their careers, reporter and then novelist are similar.  David’s love for Dora Spenlow is modeled after Dickens’s youthful fascination for Maria Beadnell.

Various versions of Dickens’s parents surface in the novel.  Both his father and Mr. Micawber were imprisoned for debt.  Mr. Dick, good hearted but unable to deal with the world, may represent another incarnation of Dickens’s father.

David’s pretty young mother,  was inspired by Dickens’s mother, who attended a ball on the very night she gave birth to her son Charles.  Perhaps also the death of David’s mother represented the change Dickens  felt toward his mother when she was eager for him to work at Warren’s Blacking Factory.

I have been very fortunate in worldly matters; many men have worked much harder, and not succeeded half so well; but I never could have done what I have done, without the habits of punctuality, order, and diligence, without the determination to concentrate myself on one object at a time, no matter how quickly its successor should come upon its heels, which I then formed.

Some happy talent, and some fortunate opportunity, may form the two sides of the ladder on which some men mount, but the rounds of that ladder must be made of stuff to stand wear and tear; and there is no substitute for thorough-going, ardent, and sincere earnestness.(source: Charlesdickensinfo)
Lihat Juga
Buku Unggulan
Labels: 50.000, Buku Bekas, Buku Berbahasa Inggris, Buku Import, BUKU TERJUAL, Charles Dickens, Drama, Fiksi, Wordsworth Classics