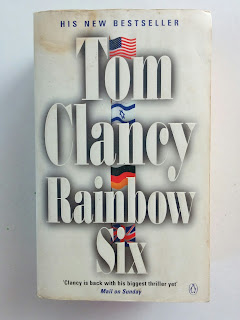 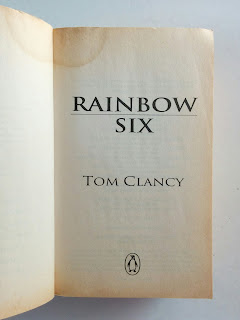 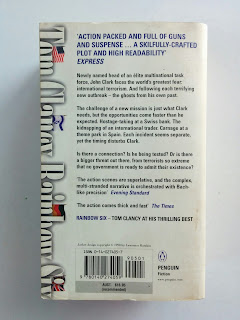 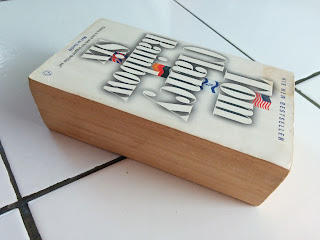 Newly named head of an elite multinational task force, John Clark faces the world's greatest fear: international terrorism. And following each terrifying new outbreak - the ghosts from his own past.

The challenge of a new mission is just what Clark needs, but the opportunities come faster than he expected. Hostage-taking at a Swiss bank. The kidnapping of an international trader. Carnage at a theme park in Spain. Each incident seems separate, yet the timing disturbs Clark.

Is there a connection? Is he being tested? Or is there a bigger threat out there, from terrorists so extreme that no government is ready to admit their existence.

Rainbow Six is Tom Clancy at his thrilling best, and is the second John Clark novel. Clancy is also the author of international bestsellers Against All Enemies, Dead or Alive and Locked On.

'The action scenes are superlative, and the complex, multi-stranded narrative is orchestrated with Bach-like precision' Evening Standard

'The action comes thick and fast' The Times

'Action packed and full of guns and suspense . . . a skilfully crafted plot and high readability' Express

Thirty years ago Tom Clancy was a Maryland insurance broker with a passion for naval history. Years before, he had been an English major at Baltimore's Loyola College and had always dreamed of writing a novel. His first effort, The Hunt for Red October, sold briskly as a result of rave reviews, then catapulted on to the New York Times bestseller list after President Reagan pronounced it 'the perfect yarn'. From that day forward, Clancy established himself as an undisputed master at blending exceptional realism and authenticity, intricate plotting, and razor-sharp suspense. He passed away in October 2013.
Labels: 40.000, Buku Bekas, Buku Berbahasa Inggris, Buku Import, BUKU TERJUAL, Fiksi, Misteri-Thriller-Suspense, Novel, Tom Clancy