Brave Genius by Sean B. Carroll 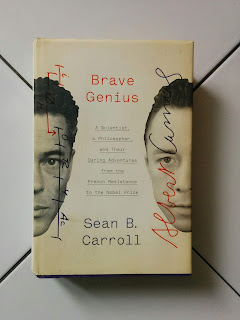 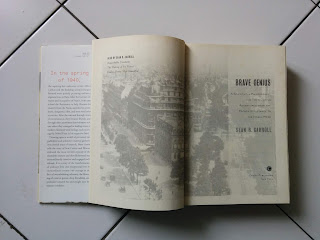 In Brave Genius: A Scientist, a Philosopher, and Their Daring Adventures from the French Resistance to the Nobel Prize, Sean B. Carroll tells the story of biologist Jacques Monod and philosopher Albert Camus—two men who made significant contributions to their respective fields, and who shared an enduring friendship.

The never-before-told account of the intersection of some of the most insightful minds of the 20th century, and a fascinating look at how war, resistance, and friendship can catalyze genius.

In the spring of 1940, the aspiring but unknown writer Albert Camus and budding scientist Jacques Monod were quietly pursuing ordinary, separate lives in Paris. After the German invasion and occupation of France, each joined the Resistance to help liberate the country from the Nazis, ascended to prominent, dangerous roles, and were very lucky to survive. After the war and through twists of circumstance, they became friends, and through their passionate determination and rare talent, they emerged as leading voices of modern literature and biology, each receiving the Nobel Prize in their respective fields.

Drawing upon a wealth of previously unpublished and unknown material gathered over several years of research, Brave Genius tells the story of how each man endured the most terrible episode of the twentieth century and then blossomed into extraordinarily creative and engaged individuals. It is a story of the transformation of ordinary lives into exceptional lives by extraordinary events--of courage in the face of overwhelming adversity, the flowering of creative genius, deep friendship, and of profound concern for and insight into the human condition.
Lihat Juga
Buku Unggulan
Labels: Biografi dan Memoar, Buku Berbahasa Inggris, Buku Import, Crown Publishers, Sean B. Carroll