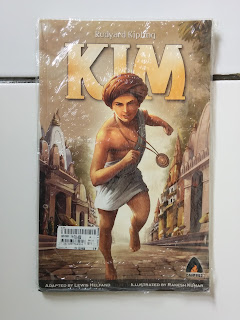 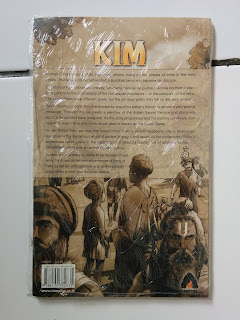 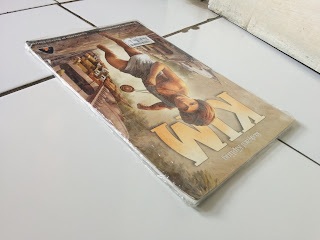 Kimball O'Hara was a child, like many others, living on the streets of India in the early 1900s. That was, until he befriended a Buddhist lama and became his disciple.

The story of Kim follows our cheeky, fun-loving hero as he journeys across northern India - from Lahore to the vast beauty of the Himalayan mountains - in the company of the lama. The two of them have different goals, but the physical paths they follow are very similar.

Before leaving Lahore, Kim is entrusted by one of his father's friends to deliver a very special message. Through this he meets a member of the British Secret Service and discovers secrets he couldn't have imagined. As the story progresses and his journey continues, Kim begins to learn more and more about what is known as the Great Game.

As we follow Kim, we see him transformed from a simple vagabond into a sharpened operative in the dangerous world of politics, betrayal and death. All the excitement of Kim's adventures takes place in the backdrop of a beautiful country full of amazing sights, incredible sounds and an extremely rich culture.

In what is considered by many to be Kipling's finest work, he draws on his own experiences of living in India to tell an unforgettable and action-packed story within a vivid and accurate setting.
Lihat Juga
Buku Unggulan
Labels: Buku Baru Stock Lama, BUKU TERSEDIA, Campfire, Fiksi, Novel Grafis, Rudyard Kipling