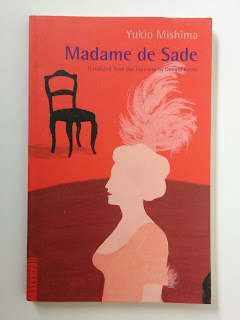 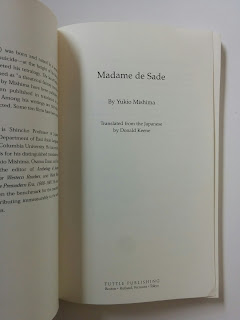 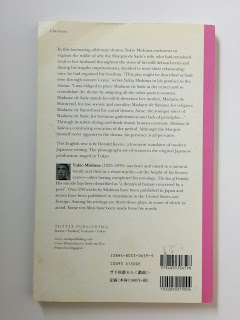 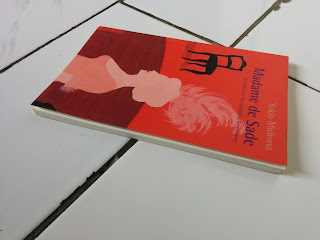 Madame de Sade is a 1965 play written by Yukio Mishima. It was first published in English, translated by Donald Keene by Grove Press and is currently out of print.

Madame de Sade is a historical fiction play written by Mishima Yukio and published in 1965. The play is based on the life of the Rene de Sade, the wife of the notorious Marquis de Sade. It details the struggles of Rene, her family, and acquaintances during the Marquis' various periods of incarceration. All the onstage characters are female. After reading about Marquis and Madame de Sade, Mishima questioned why Rene waited until the Marquis was finally let out of prison to leave him.
Labels: Buku Bekas, Buku Berbahasa Inggris, Buku Import, BUKU TERJUAL, Fiksi, Novel, Sejarah & Budaya, Tuttle Publishing, Yukio Mishima